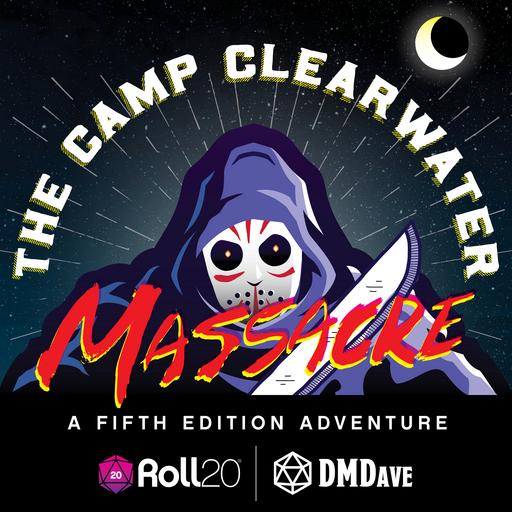 There’s someone out there. Lurking in the woods. Hacksaw in hand. Eager to draw the blood of those who dare tread within its lair. Its lair: Camp Clearwater. Any other summer, Camp Clearwater is a haven for young, aspiring adventurers to hone their skills and relax with others like them. But this year it’s different. Bodies are turning up. Teenagers are running for their lives. There’s blood on the water. Can the characters save the counselors and campers from the Camp Clearwater Massacre? The Camp Clearwater Massacre is a Fifth Edition adventure designed for four 3rd-level characters but can be adjusted for three to five characters of 2nd- to 4th-level. The adventure works particularly well in horror-themed Fifth Edition games, especially those involving shadowy realms where a single evil presence acts as the domain’s dark lord or lady. 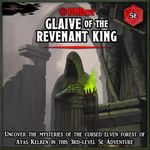 Deep within the dark recesses of the Tomb of Nihalar, the final resting place of elven kings, the weapon of the wood elves of Imfe Aiqua stirs. Two individuals are drawn to the weapon—but only one can accept it. Who will take up the glaive of the revenant king and become the ruler of the forgotten elven city? Glaive of the Revenant King is a 3rd-level Fifth Edition adventure for 3-5 characters. Characters who survive the adventure should reach the 4th level by the adventure's conclusion. This is the major side quest in the Hand of Eight adventure path. It can be played as the kickoff for the larger adventure setting or as a one-shot adventure for your players. The campaign is intended to be set in the DMDave crowdsourced campaign world of Omeria. However, it can just as easily be inserted into any other mysterious, untamed wilderness. The adventure is written by renown Fifth Edition author, DMDave Hamrick. It's 40 pages of fast-paced fantasy adventure that includes zombie hordes, horrible monsters in dark forests, battles with orcs, and tombs filled with dangerous traps.

Vampire Church is a Fifth Edition plug-in adventure for four characters with an average party level (APL) of 5, 8, 11, or 14. This document offers details for each level and makes adjustments accordingly. A small church hides a dark secret: all of its priests are vampires. As a plug-in adventure, the adventure content serves as drop-in material for game masters who wish to add a dungeon to a preexisting campaign or need a side quest. If you need a hook for this adventure or already have a similar hook, the Vampire Church Hooks table offers details for introducing this adventure to your players.