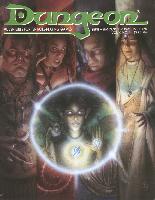 They say the legendary Ashes of Evensong have been found! In the year 689 DR, the song dragon Evensong was incinerated by Kallurous, a red dragon. In the wake of her death, Evensong’s ashes were gathered into a hundred urns by members of the Harpers. Originally intended as mere relics, the urns fell out of the Harpers’ possession when the caravan transporting them was ambushed. They were thereafter lost to history. Three months ago, stories began to circulate that at least one of the urns has been found. An artificer from the city of Elskar claims to have acquired some of Evensong’s ashes. According to his story the ashes are more potently magical than even residuum, created as they were from the mortal remains of a powerful magical creature burned to ash in the fires of an even more powerful dragon’s breath. This tale is dismissed by most, but certain factions and private interests aren’t willing to reject the possibility without investigation. If true, the artificer may be in possession of a highly dangerous and unfathomably valuable substance. More importantly, he may be in possession of the knowledge of where it came from, and the secret of what happened to the Ashes of Evensong all those centuries ago. In search of the truth behind a rumour that some of the Ashes of Evensong have been found, the player characters find that the Ashes are ultimately incidental to a far more worrying development. The trail of the Ashes leads them to the discovery of a fiend pact warlock operating among the ruling class of the city, a vault of forbidden magics the secrets of which have been breached, and a diabolic artefact about to be reclaimed in the name of a Duchess of Hell. With a focus on investigation, puzzles, and dangerous traps, Ashes of Evensong rewards players for caution and cleverness. Published by Spilled Ale Studios

There is little time to celebrate the victory at the Well of Dragons. The Lord’s Alliance believes the Cult of the Dragon has a stronghold in Calimport, the home of vanquished cult leader Severin Silrajin. To find the secret stronghold, the heroes must explore the Palace of the Red Pasha in the city’s Wizard’s Ward. Can they unravel the cult’s next insidious plot? This is a Dungeons and Dragons adventure for characters of Level 16, springboarding from the events in The Rise of Tiamat in the Tyranny of Dragons storyline, although it can also be played as a stand-alone adventure.