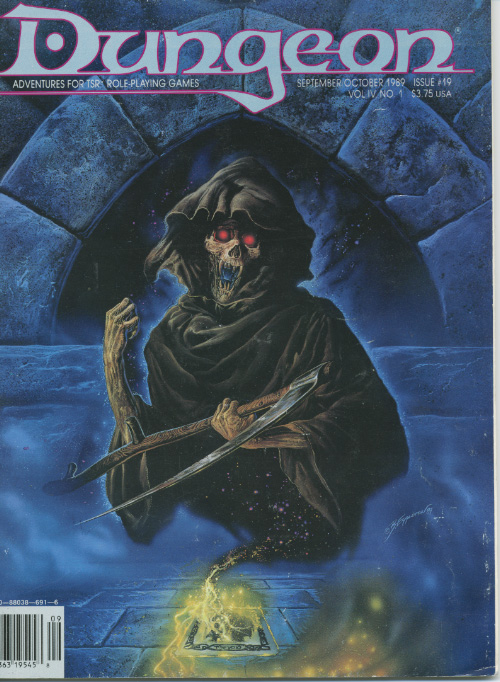 “House of Cards” combined dungeon exploration with the Deck of Many Things to create an adventure experience unlike anything seen before. The deck is both a treasure and a trap, guarding a tomb complex that’s being used by the Night Masks thieves’ guild as a lair. If the PCs want the deck for themselves, they must first gather all the cards, which is easier said than done. - Christopher Perkins

The strangest things wash up on the beach sometimes. The inhabitants of the Acitoff coastline are accustomed to storms, but last week the largest hurricane ever recorded swiftly struck a 60-mile stretch of coastline. The first day after the hurricane, mysterious bodies started floating to surface. They bore the symbol of the feared pirate, Jaggertooth Grin! Now it is up to the adventurers to locate the pirate ship and claim the treasure. The adventurers will have to fight the creatures of the deep in this primarily underwater adventure. Pgs. 3-14