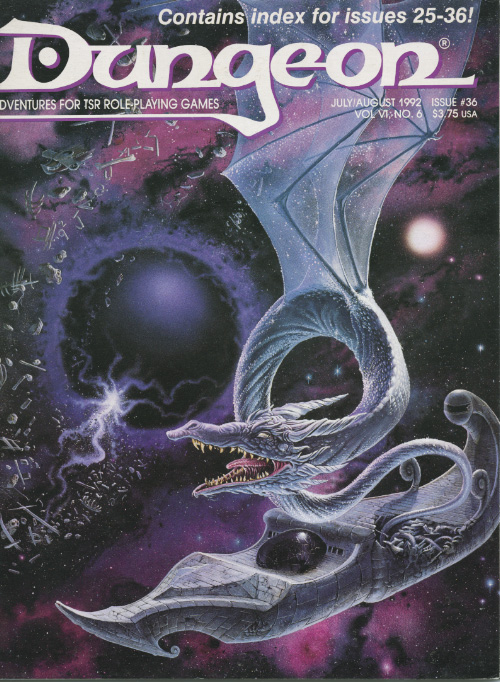 When the magic runs out, so does your luck. The wildspace monster is deadly, but its lair is the real killer. The Spelljammer ship, Sky Ranger, is lost in wildspace and the players are hired to find it. When investigating the Pirtel system where the ship was last seen, the players have a chance for exploration and roleplay in a city called Skyport. The adventure is mostly exploration of Pirtelspace and investigation to find the final resting place of the Sky Ranger. The adventure is full of random and planned encounters for this area. The story culminates in an encounter with an insane radiant dragon named Blacklight. Pgs. 40-69