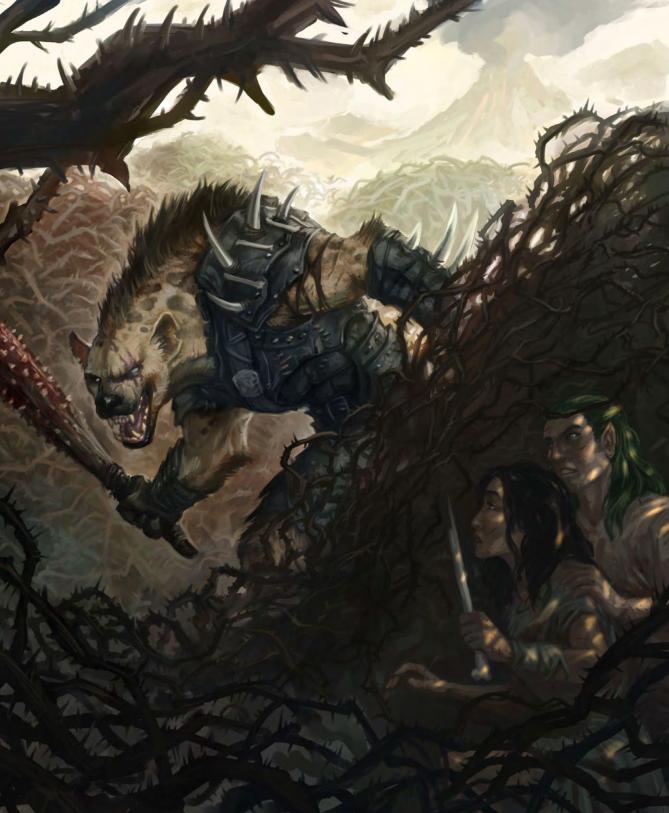 In what became known as the Age of Madness, an astral lich calling himself the Crimson Hand descended from the sea of stars, setting his fell gaze upon Gaea. Her red moon he made both his temple and his phylactery, and from there he sought to enslave those who would be ruled and devour those who would not. The Ancients of the four corners of Gaea united their knowledge against this threat, constructing a colossal golem, and inscribing the four POWER WORDS upon four scrolls. These scrolls they fed to the colossus, who ascended to the crimson moon in an instant. The sages of the realm watched as the flashes of battle signaled in the night sky, ending as the crimson moon itself split in half. The lich and the colossus were destroyed, and the Age of Madness was ended. Millennia have passed, and now a new threat rises from the netherworld. The four POWER WORDS have been forgotten, lost among the shattered remnants of the moon. The sages have once again united what remains of their power, this time to teleport a paltry handful of crusaders to retrieve the lost scrolls before the world is doomed. The necromancer Tal Lorvas has unearthed an underground tomb that dates back to the height of the ancient tiefling empire. Lorvas has been terrorizing the surrounding lands with his vile experiments, and now he hopes to find a ring, hidden in the tomb, that is tied to a ritual he wants to perform by the rise of the next full moon. The PCs must enter the tomb of Empress Nemeia, deal with the servants of the necromancer, and confront Tal Lorvas before he can claim the ancient relic and move one step closer to ultimate power over the undead. Pgs. 36-41 When Monsters threaten the village of Crystalbrook, it's up to adventurers to track down where they're coming from. The investigation leads them on a journey across planes. In the Feywild, the heroes must explore an enchanted island garden and unravel the plot of a foul hag, before she and her fiendish companion can perform a ritual to seize control of the island. "Beyond the Crystal Cave" is a Dungeons & Dragons adventure designed for the winter 2011 season of the D&D Encounters official play program. This season incorporates character options from Player's Option: Heroes of the Feywild, and it comes with three full-color maps, thirteen ready-to-play encounters, and information on the D&D Encounters program. Originally found in Dungeon Magazine #211 now available as a stand-alone adventure.

Many Cannith creation forges were lost on the Day of Mourning, but a rogue artificer has uncovered one of those that pursued some of the most experimental and dangerous research during the Last War. But while seeking the forbidden knowledge in the forge, this explorer awakened a dark power that was more than she could handle, and that now threatens the region. Pgs. 4-34 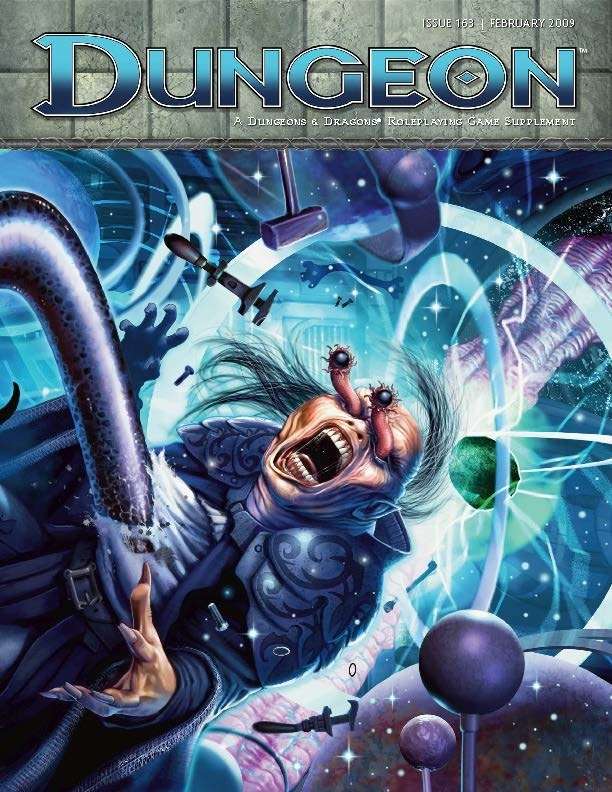 Your PCs are reaching the upper end of the heroic tier. New worlds are opening up to them—they might have already ventured to the Feywild, for example, and made contacts with inhabitants of that magical plane. Now they are ready to take their first steps into the darkness. The Shadowfell awaits... Vandariel, a shadar-kai witch who calls herself the Voice of Pain, is a fanatic devotee of the Raven Queen. She has founded and become the self-proclaimed high priest of a bizarre cult, the Lords of Pain, whose purpose is to bring more fey into the shadow pact with that goddess of death. Although the original shadar-kai entered this pact voluntarily, and the race breeds true, Vandariel is consumed by what she sees as a divine mission to reveal the mystery to all fey—whether they wish it or not. Those who do not come voluntarily to the truth are brought against their will. Dark stalkers move like the night, seeking out and abducting suitable subjects. This Side Trek can serve as an introduction to the dangers of the shadow realm. It works well for PCs who are approaching the paragon tier, since it presents a reasonable challenge for characters of 10th level. It is suitable as a climactic encounter for lowerlevel adventurers, as well. It consists of only two encounters. Long rumored to be haunted by eerie specters, Kincep Mansion has stood for years, mostly untouched by nearby townsfolk. Now something is preying on the local villagers—something that comes from the house. Pgs. 46-69 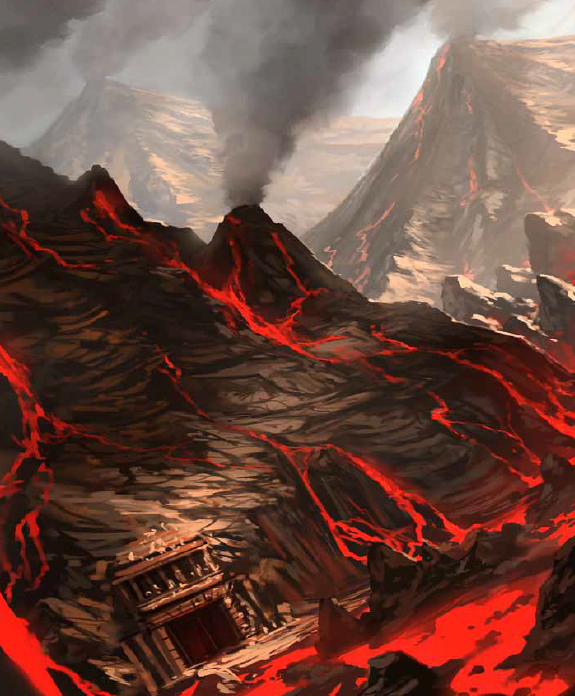