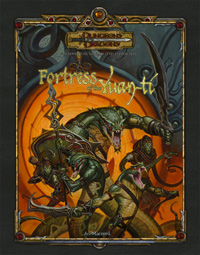 Orcus, the Demon Prince of Undeath, craves the power of the Raven Queen and mastery of death's domain. The key to his ascension and the secret to his destruction lies buried in the heart of the Abyss. As heroes chase Orcus into the abyssal depths, evil opposed them at every turn, and each victory brings them closer to their final fate. Concluded the epic series of adventures and the entire story line begun in Keep on the Shadowfell. This alternate starter campaign takes you to all the familiar locations of the Lost Mine of Phandelver adventure from the other side of the veil. Some places look the same, some very different. The entire plane is trying to strip you of your mind, your memory, and your motivation. Discover how the Forge of Spells was fueled. Learn the location of lost adventurers from the original Phandelver expedition. See what Cragmaw Castle looked like in its prime. All of this and more, as this takes you from level 1 to level 5 with well over 20 hours of play time. If you are looking to start a new campaign or just experience familiar locations in a new setting, this supplement accommodates. Inside you'll find: Maps: Nine encounter maps Cragmaw Castle rebuilt, including the upper floor, and underground level. Wave Echo Cave before it was tunneled. A very different looking Redbrant Hideout Ruins of a town similar to Phandalin A swamp and muck version of Cragmaw Hideout Plus new magic items, and more Monsters: 37 new creatures Lore Information on a shadowy Yuan-ti empire A new offshoot of the abyssal demonhive A cult using the stoic ways of stone to evade the Raven Queen's watchful eye and pilfering ways. New players vying for control of the Shadowfell Shadowfell Guide: Information on the plane, its inhabitants, and included with this supplement is the best selling Shadowfell Random Encounters appendix. Easter Eggs Hidden throughout the story are references to Lost Mine of Phandelver. Including references to other hard cover books as well. About a year ago, an adventuring party found themselves encumbered with more treasure than they knew what to do with. After brief deliberation, the group buried their hoard in a remote grotto inhabited by water birds. It was only a matter of time until one of the resident scavengers exhumed a most unfortunate item. Armed with a headband of intellect and a stash of other equipment for the taking, Belladonna the Bin Chicken began to study the abandoned spellbooks. The ambitious fowl quickly advanced as a mage, and set her sights on conquest of the surrounding areas. 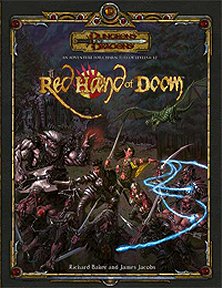