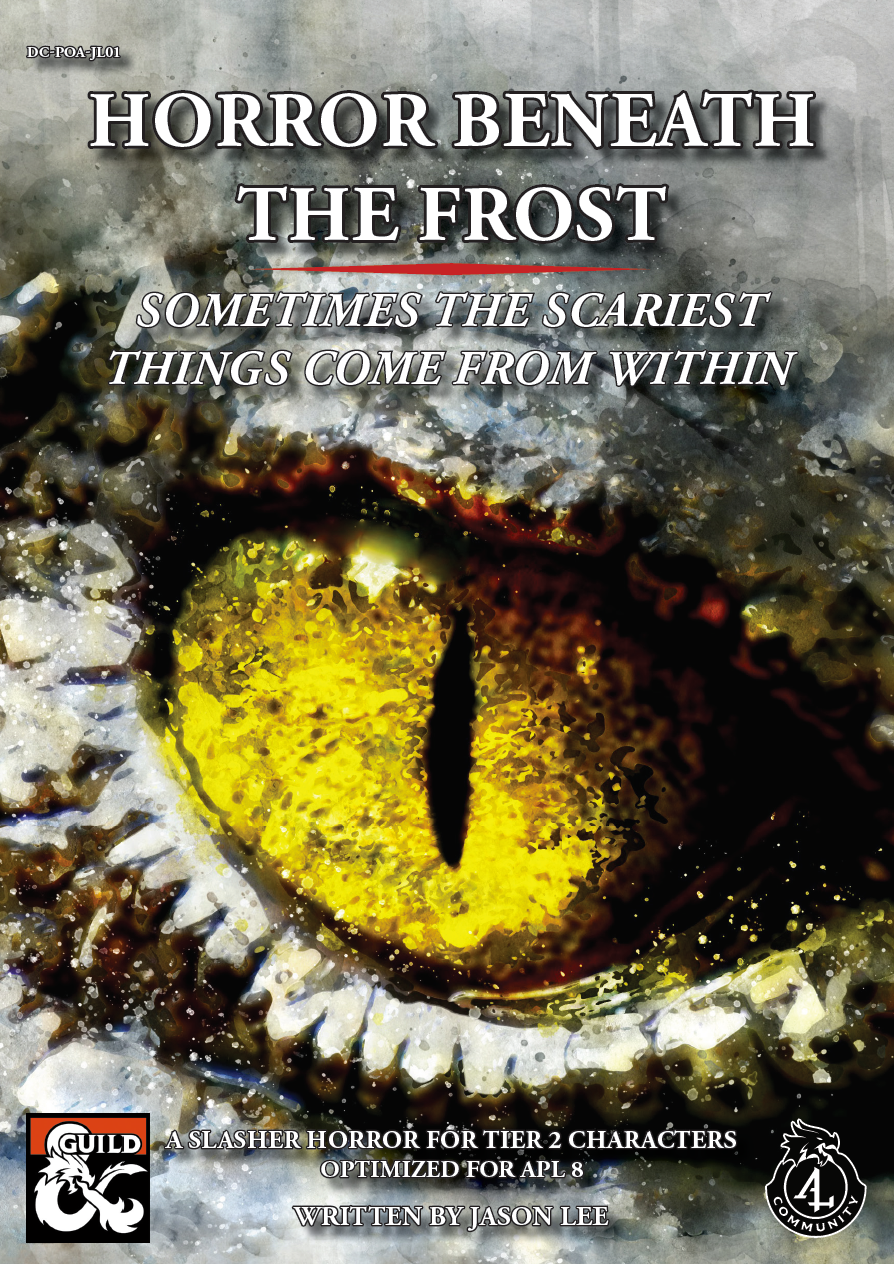 Avalanches are hardly news in Icewind Dale. The frequency to which it is occurring, however, defies logic. What is the cause of this strange phenomenon? What horrors could have unleashed such force of nature with such reckless abandon? Horror Beneath the Frost is a slasher horror adventure set in Icewind Dale, deep within the Reghed Glacier. It features yetis, mind flayers and a boneclaw! The adventure is designed to be easily dropped into: • Any homebrew campaign where avalanches occur. • Icewind Dale: Rime of the Frostmaiden campaign. • Plague of Ancients Seasonal Campaign for the Adventurers League (AL) organized play program. Inside you will find: • A slasher horror adventure optimized for five characters with an average party level (APL) of 8. • Scaling advice for three to seven 5th to 10th level characters. • A printer-friendly version of the adventure. • 4 digital maps importable to Roll20, Foundry VTT and your VTT of choice. Includes gridded, grid-less and printer friendly versions of the maps. • D&D Adventurers League compatible adventure (Dungeon Seed: This Seems Familiar | DC-POA-JL01)