Far from the nearest town, hidden deep in the forest, lies a marshy, boggy valley. Woodsmen and hunters shun the place—kept away by rumours of a terrible beast lairing within and of a ghost haunting the valley’s boggy mere. But, as well as great danger, treasures magical and mundane may yet lie unclaimed in the valley for three unexplored tombs built by ancient hands, stand amid the mud and reeds. Dare you explore the Shunned Valley of the Three Tombs? 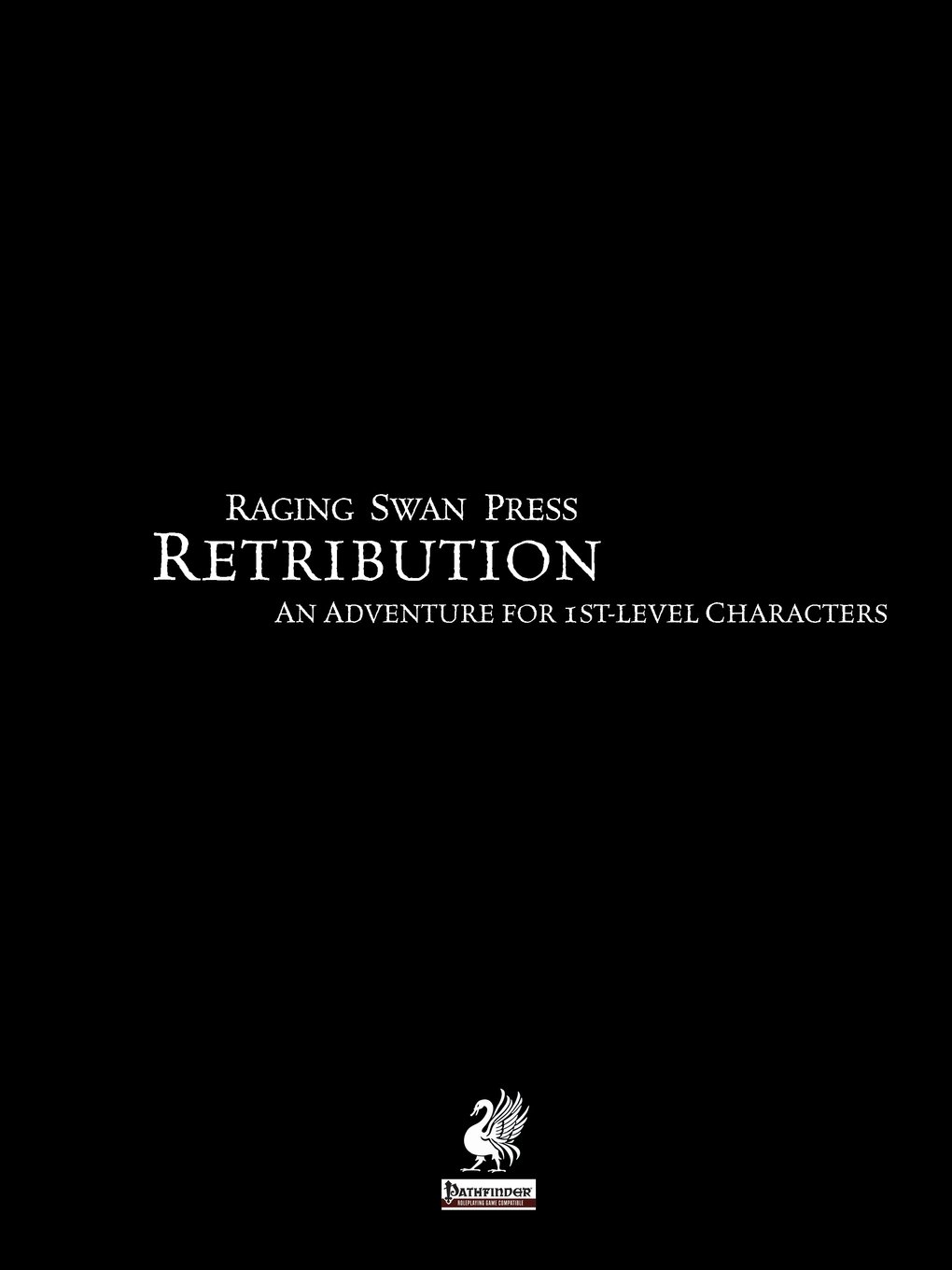 The Lonely Coast’s most remote village, Oakhurst broods under the dark boughs of the Tangled Woods. Rumours of incest, murder and vile rites during the black of night surround its insular citizens. It is a place most wise people avoid as the very air seems inhospitable to strangers. Yet in the rumours is a grain of truth, for something dark does indeed stir in the shadow haunted trees and hunched homes of Oakhurst. An ancient evil, hungry with the thirst for blood, awakens from its eons long sleep. As disappearances mount and the Lonely Coast can no longer turn a blind eye to the blight that is Oakhurst, heroes are called upon to investigate the foul rumours and mysteries that plague the village. As the search for the truth intensifies, they may find themselves the next victims of a rising, bloodthirsty evil. Can they survive Against the Cult of the Bat God? Although designed for The Lonely Coast, a free mini-campaign setting available from Raging Swan Press, Against the Cult of the Bat God is simple to insert into almost any GM's home campaign.

A ruined monument to folly and ego, the Shadowed Keep stands atop an isolated bluff deep in a mist-wreathed forest. Sacked by marauding goblins decades ago the place was thought abandoned, but shadows now creep among the forest's great boles and footprints have appeared on the single, overgrown track leading to the keep. Travellers have begun to disappear with alarming regularity from the nearby road and the local folk fear some slumbering evil has claimed the ruin as its own. Dare you brave the terrors of the Shadowed Keep to crush that which lurks within or will darkness shroud the surrounding lands? Designed to be easily inserted into a GM's home campaign, Shadowed Keep on the Borderlands is an excellent starting locale to test the mettle of neophyte adventurers. Shadowed Keep on the Borderlands is designed for the medium advancement track. 1st-level PCs completing all the challenges of the place can expect to reach 3rd-level by the time they have exhausted all the keep has to offer. In the frozen depths of winter, murderous winds mercilessly batter the crumbling Priory of Cymer. Within, trapped by their duty and the heaped snowdrifts that render travel near impossible, the few remaining faithful huddle together and tend the sacred places of their forbears. With the weather worsening, nerves fray and tempers snap as the wind howls its mournful dirge for the forgotten dead of a fallen time. But the worst is yet to come. One of those trapped within holds a murderous grudge that only blood can expunge and as the storm reaches its savage height terrible revenge is wrought amid the frigid halls and faded glories of a bygone age. A 1st level adventure that is so much more than a trip to stop goblins killing cows. Great NPCs and a great location gives this the feel of The Name Of The Rose.