Player's are transported to strange new plan of madness. The have a role playing encounter with the woman imprisoned there. They explore a wizard laboratory and kill the evil inside. A short well explain one shot or adventure for when the whole group doesn't show up. Pgs. 12-26 Published by Fail Squad Games 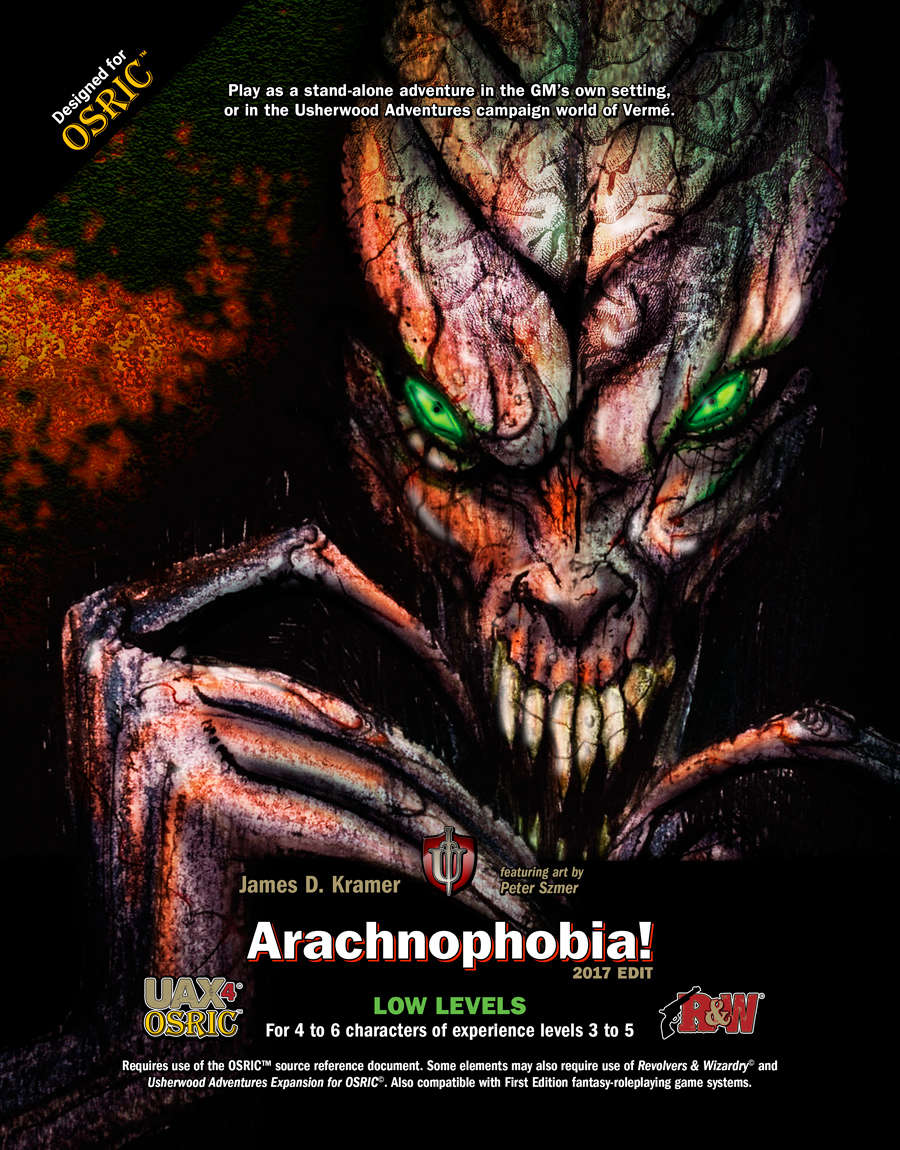 ... for hundreds of years, the monks of Sheargardt Manor at Luci Vale have provided spiritual guidance (in the name of their deity—Caelis) and world-class ales to the folk who live in nearby Luci Village. At the head of the high-mountain valley Luci Keep is tasked with keeping the pass over the high mountains safe fortravelers throughout the year. However, in recent months, word has come down from the mountains to the port city of Galan that the Abbot Christoph has allowed evil to enter the Manor. And now, a representative of the Caelian order is sent to learn the truth of the matter, and remove Christoph if necessary... Published by Usherwood Publishing It is Autumn. Most of the clans of the Great Valley have departed south with the herd animals they depend on for survival. But one small clan lags behind. For seven nights they have been unable to travel, plagued by a terrible monster known as the Night Thing, which has killed their people and wounded more. Your party answers the call of dwarf chieftain Skarna Two-Axe, begging hunters from neighboring clans to pursue and kill the monster that’s been attacking her clan, and that slayed her son. Starting at the chieftain’s clanfire, the characters uncover mysteries about the creature that can only be fully solved by tracking the awful Night Thing to its lair, which is full of frightening apparitions. As the party ventures deeper into the Night Thing's lair, they'll discover an even deeper menace, and a plot to overthrow the chieftain. Only they can save Skarna and her people from the grim machinations of their powerful enemies! Published by Atlas Games Vault of the Blood Mage is a deadly one-shot dungeon adventure for 4-6 8th level characters. Player Characters find themselves locked in a dungeon room with no memory of how they got there. Inflicted with a magical disease that is slowly turning them into mindless zombies, the dungeoneers have to work quickly to find the antidote and escape the vault before succumbing to the deadly affliction. To do so, the characters must avoid deadly traps, fight unique monsters, and solve fiendish puzzles. 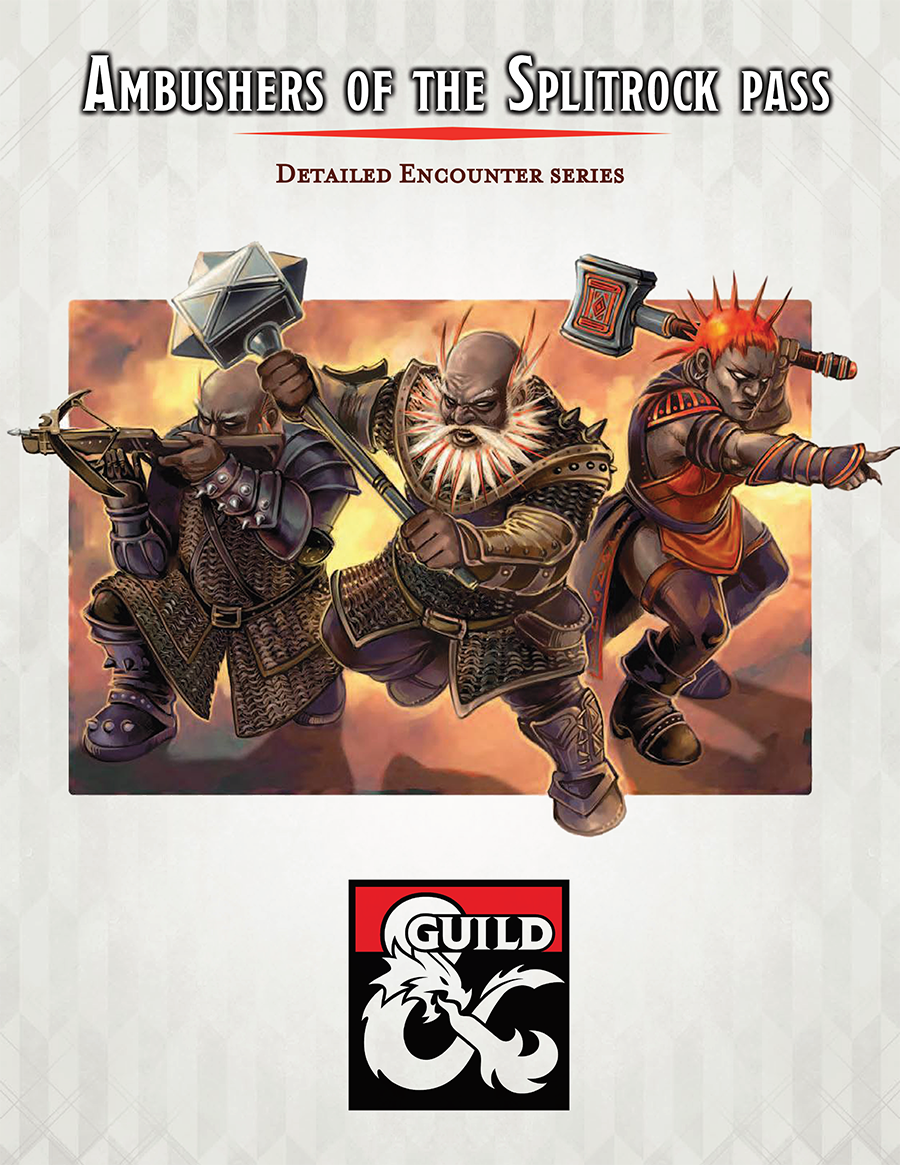 Detailed encounter, easily convertible into an adventure. Starts from investigating ambushes on the mountain pass and quickly escalated into a more twisted story about duergars, alhoons, and treasure vaults. Setting-agnostic (classic fantasy - best) 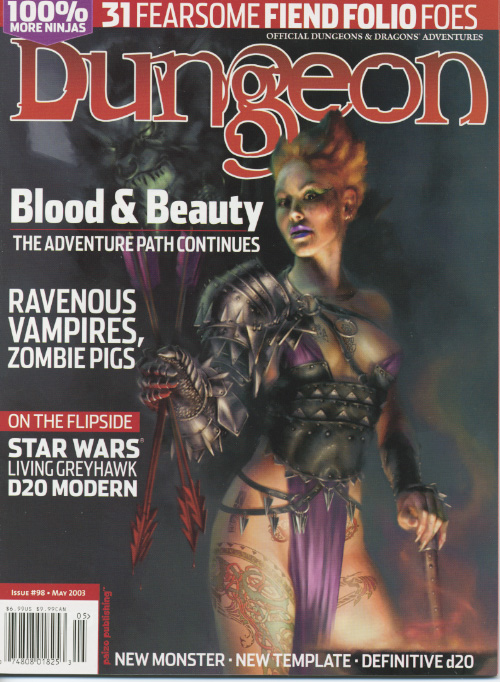 A SOLO adventure for thieves level 1-3 or Group play level 1-3 The storm sweeps off the mountaintops without warning, as if conjured by some supernatural power. Within minutes, huge drifts of snow have halted the caravan, and the snow falls so hard it is impossible to see more than five feet. You huddle next to the sledge, trying to shelter for you numb face from the icy winds. A dozen half-human forms march into view out of the raging blizzard. The little man-things carry wooden spears or long, unsheathed swords in bony, gnarled hands. Their blood-red eyes quickly fall upon your sledge and the ugly creatures turn toward your hiding place. Will you survive to uncover the secret of Blizzard Pass? This module contains all you need to solve the riddle of Blizzard Pass, including 14 maps, an invisible ink marking pen, a complete solo adventure, a pre-rolled character, and an outline for group play! TSR 9067 Beneath an ancient castle on the borderlands, reclaimed from the ruins of a lost civilization, there is a dark and deadly tournament being held. Seven stalwart adventuring companies, each representing a wealthy noble house, delve into the depths of the Dungeon of the Black Fey Mithelvarn. Each races to be the first to claim the power of the infernal machine that drives it, and find the Elixir of Immortality it contains. Can your party take up one of the relic banners and face the challenge of the dungeon, as well as the lethal competition from other companies seeking the prize? This adventure is formatted to both 1E & 5E gaming rules. Also available in PDF. 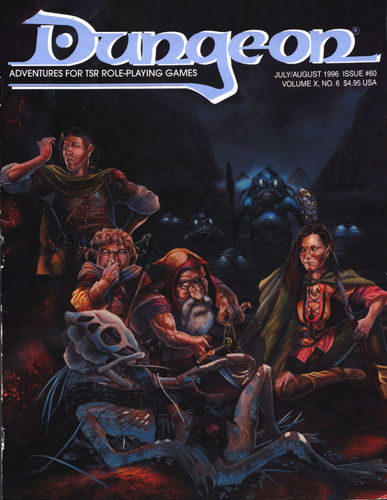 "Something Fishy" - a Celtic-world campaign. "Iasc" is set in a small Celtic kingdom that can be fit into any medieval/fantasy campaign. The PCs need not be Celts. The likelihood of combat is very high, and the party is recommended to host several warriors.