A mysterious package, a forgotten guild, a lost heir, and an undergoing conspiracy. Unfold Neverwinter’s dark past in this urban-intrigue D&D 5th edition adventure. The characters are called to guard a mysterious package that arrives the city at night. A well-planned robbery and the fact that this package was ordered by Lord Dagult Neverember himself alerts them that, this is not going to be an ordinary task!

A powerful evil plots to corrupt the fey audience attending a theatrical performance. Her priests pose as convincing performers who set the stage for their master’s arrival in the final act. While staying in the fey community and perhaps as partial reward for some previous accomplishment, the party is invited to the performance. In this dramatic and deadly adventure, the party witnesses a strange performance and the corruption of the fey audience before defeating a herald of darkness and her priests. On Olarune 9th in the 918th year since the founding of the Kingdom, one of the city of Sharn's floating towers fell from the sky, crusing much of the Godsgate District. Now, a band of bestial savages searches Godsgate for the remnants of a broken statue, pulling the PCs into a plot that could destroy Sharn itself. The city of Sharn is one of the wonders of Khorvaire. Its towers seem to touch the sky, rising up more than a mile from the shores of the Dagger River. But it takes more than stone and steel to support the spires of Sharn: the area is suffused with mystical energy drawn from the plane of Syrania, which empowers all forms of flight. Yet with such wondrous inventions come wondrous tragedies, for when the magic of a flying tower fails, it has to land somewhere... Pgs. 18-29 The Bell Wood has always been rumored to be a dangerous place, full of strange creatures and odd happenings. Timber from the wood is highly sought after for its reputed magical properties, so brave foresters sometimes dare the wood to harvest trees to finance their futures. But this time, people are dying. Loggers are vanishing, their mutilated bodies recovered from the undergrowth hours or days later. What has changed in the wood? Can anyone solve the mystery? And can they survive the investigation? A Triple Kingdom Adventure. 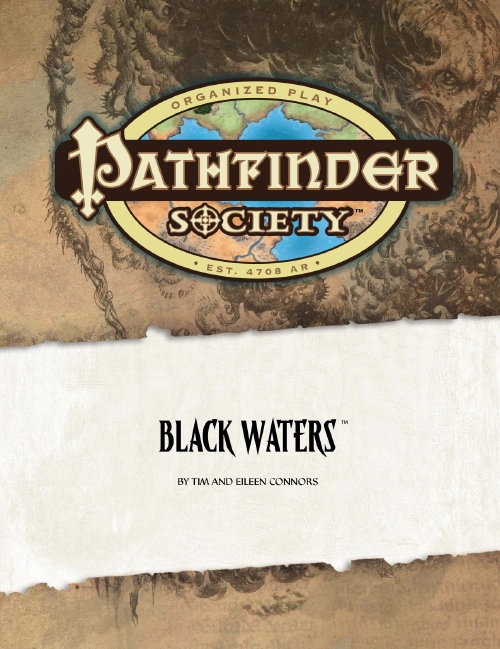 A museum of the Mad Archmage, it contains curiosities and treasures from all over the multiverse, and the challenges of the Watery Caves, which are a series of living caves connected by an underground river. This adventure can be used as an expansion to the Castle of the Mad Archmage mega-dungeon adventure, or as a stand-alone adventure. Published by BRW Games

This series of singular adventures center around the small town of Penchant. The area in question is home to a variety of challenges depending on the level of the PC. This adventure begins with the new PCs mentor sending them to a religious coronation that they cannot attend. The PC is to travel, via burro, to the Bu-San Monastery and extend salutations to the new head of the order. In this case the journey IS the adventure!