For centuries, the Three Kingdoms have warred endlessly. The river flowing through it holds so many dead on its banks that the locals call it the River of Blood. But now, a new peril rises. With all three armies tucked into their winter camps, patrols and outposts on all sides report ambushes with alarming frequency - those who survive to make their reports, that is. None can say just who attacked them, however, for the assailants appear from the fog or in the middle of a snowstorm, hit hard and fast, then disappear. Arden, Duke Regent of Tyndall, fears that the dead have risen to haunt the living. Is he right? The logging town of Falcon’s Hollow has been through rough times—first a kobold tribe abducted the town’s children for an evil ritual, then an unknown force reanimated the defeated kobolds to attack the town. Now a horde of zombies approaches and a mysterious evil gathers power in the north, tainting wildlife and the buried dead, its presence hinting at ancient evils better left undisturbed. 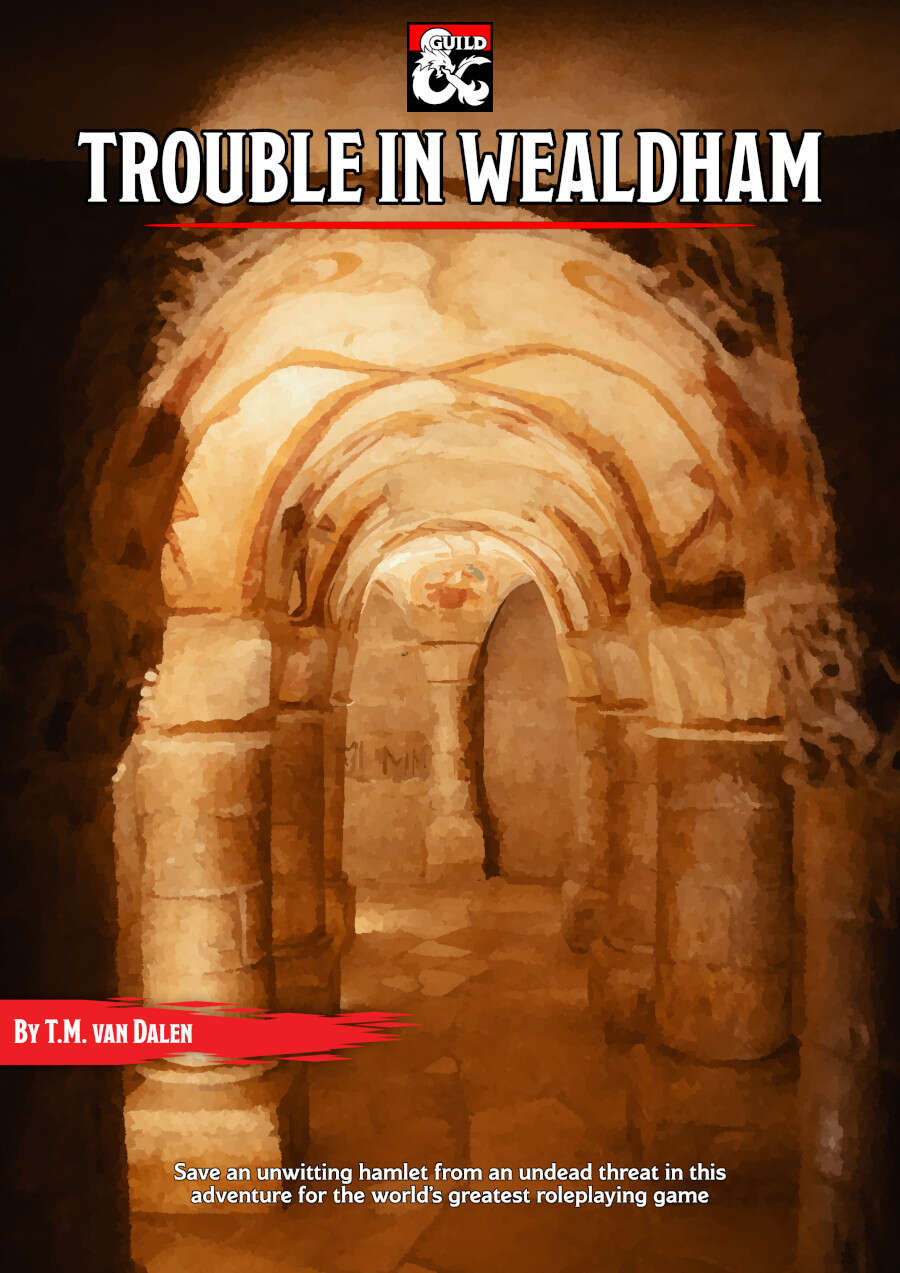 Save an unwitting hamlet from an undead threat! Wealdham is a sleepy, quiet town located in the Westwood. Nothing ever happens in Wealdham, until Waterdeep necromancer Faurius Besk decides to test his latest invention near the town... Trouble in Wealdham is a 4 hour adventure for Tier 1 Characters (optimized for APL 3). It can be run as a one-shot, as part of an existing campaign, or even to launch a new campaign to defeat Faurius. Chapter 5 includes a section on how to weave this adventure into a new or existing campaign. In addition to the full-color 24-page adventure you will also receive: * A printer-friendly version * High-Res Wealdham town map * High-Res Dungeon map * A PDF with pre-generated characters that fit perfectly into the adventure