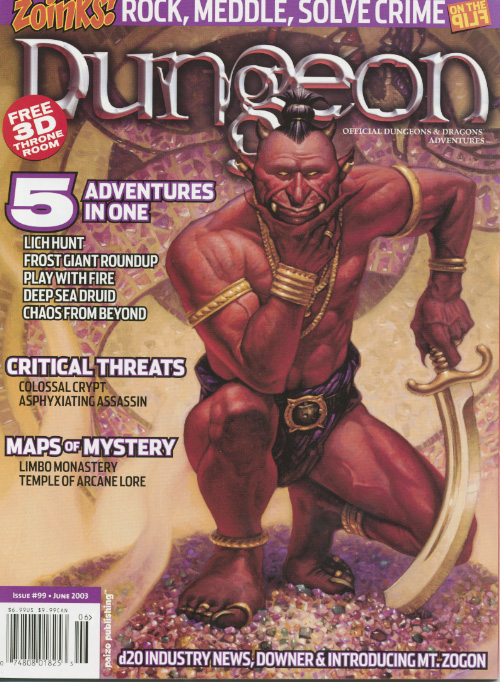 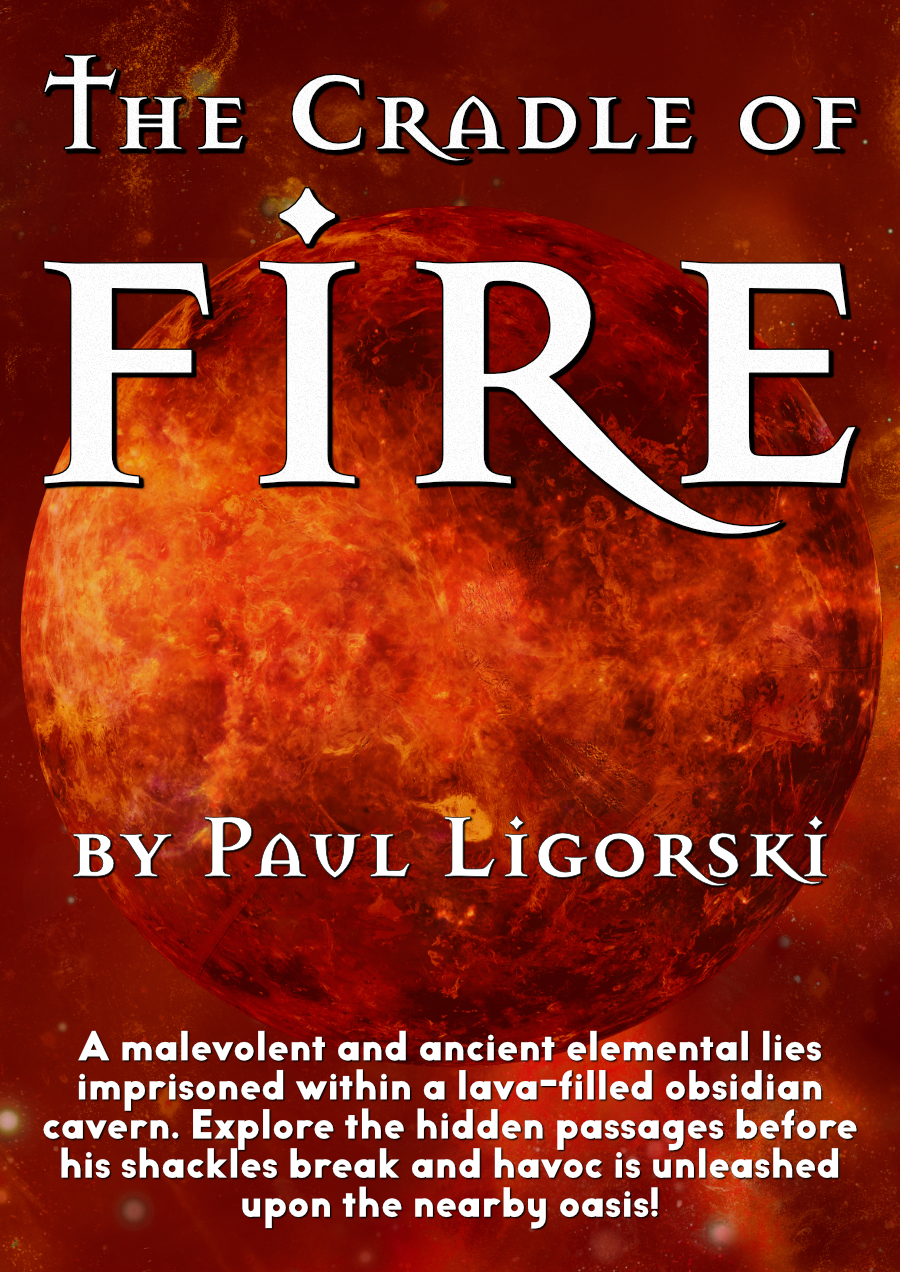 An oasis exploration and lava-filled obsidian dungeon crawl for 4-5 players of 5th to 6th level. Battle elemental evils, save captured sandworms, claim unique elemental magic items. A malevolent and ancient elemental lies imprisoned within a lava-filled obsidian cavern. Explore the hidden passages before his shackles break and havoc is unleashed upon the nearby oasis! 10 pages of oasis exploration and lava-filled dungeon peril! Statblocks for the life-cycle of desert sandworms, plus three unique elemental magic items like "Summer's Bane" - an armlet of compacted ice that grants the wielder a magical bow, and the "Embershard" - a dagger made from the jawbone of a red dragon that imbues the wielder with elemental magics. Run the adventure your way - drop the PCs off at the dungeon entrance and explore the perlious cavern, or let them cavort in the oasis before uncovering the lingering threat. We hope you enjoy the desert oasis and obsidian-carved dungeon crawl from the Heart of Arcana. Your adventurers are in luck! They are stumbling into the town of Larksville just a day before the Annual Cockatrice Race! This event and the revelries surrounding make up a week of pure entertainment for anyone passing through the area. The town is of medium size with a population close to one thousand, but during their Fall Festival that number is nearly tripled as people from all around flood in. The air is constantly filled with music and the smell of delicious foods. There is a bard in every tavern and a drunk passed out in every street. Most buildings are hanging red, gold, and orange decorations (the official colors of the festival) and anyone wearing those colors receive discounts on goods! For over a hundred years, Skyhold Tower has floated harmlessly above the lands of Faerun. But now it is plumeting toward the earth - directly at Neverwinter! Our heroes have been urgently recruited to enter the tower and avert disaster - but can they uncover the shocking secret of Skyhold Tower before it's too late?