BLACKTIDE COVE THE CULT OF THE FISH-MEN From the Ship's Log of the Sprite: "...I can hear them fish-men. All the time with their chanting and hissing and whatnot. There's some kind of religion going on here, down below. We can't understand what they say, but it's something God-like, sure as spray on the foc'sle." A century ago, during the Spellplague, pirates hid a treasure at a shrine in a remote area of Impiltur's coast. Can the heroes claim it from that which lurks there? Blacktide Cove is a 4-6 hour adventure for 6 characters of 6th to 8th level set on the Sea of Fallen Stars! Set on the coast of Impiltur along the Easting Reach, Blacktide Cove can be placed anywhere there's a stretch of lonely coastline and the possibility of pirates. Blacktide Cove is 32 pages of adventure for you and your table! Includes a handy index, cartography by Dyson Logos, new magic items, and full-color player handouts - including exclusive art from Patrick E Pullen! Includes print-friendly version!

The promises of glory and the chance of riches draws you to Blasingdell, a small village near the infamous Stone Tooth. Within the rocky mountain lay the dwarven stronghold Khundrukar and the fabled Forge of Fury, to which a chance encounter provides you with the location of a hither-to unknown entrance. Are you brave enough to explore this mystery? Will it lead you to wealth or to your doom? The Director of the precognitive mages puts out a call to the Guilds for assistance in investigating a new threat which would disrupt an upcoming annual celebration along the Transguild Promenade in Precinct Four and cause the deaths of many Ravnican citizens. The Adventurers must find the evidence pointing to the perpetrators and stop the oncoming riot during the celebration in 24hrs. This is a One shot adventure for a group of four, at 3rd level. It could possibly be the first of many other adventures you might run in Ravnica! 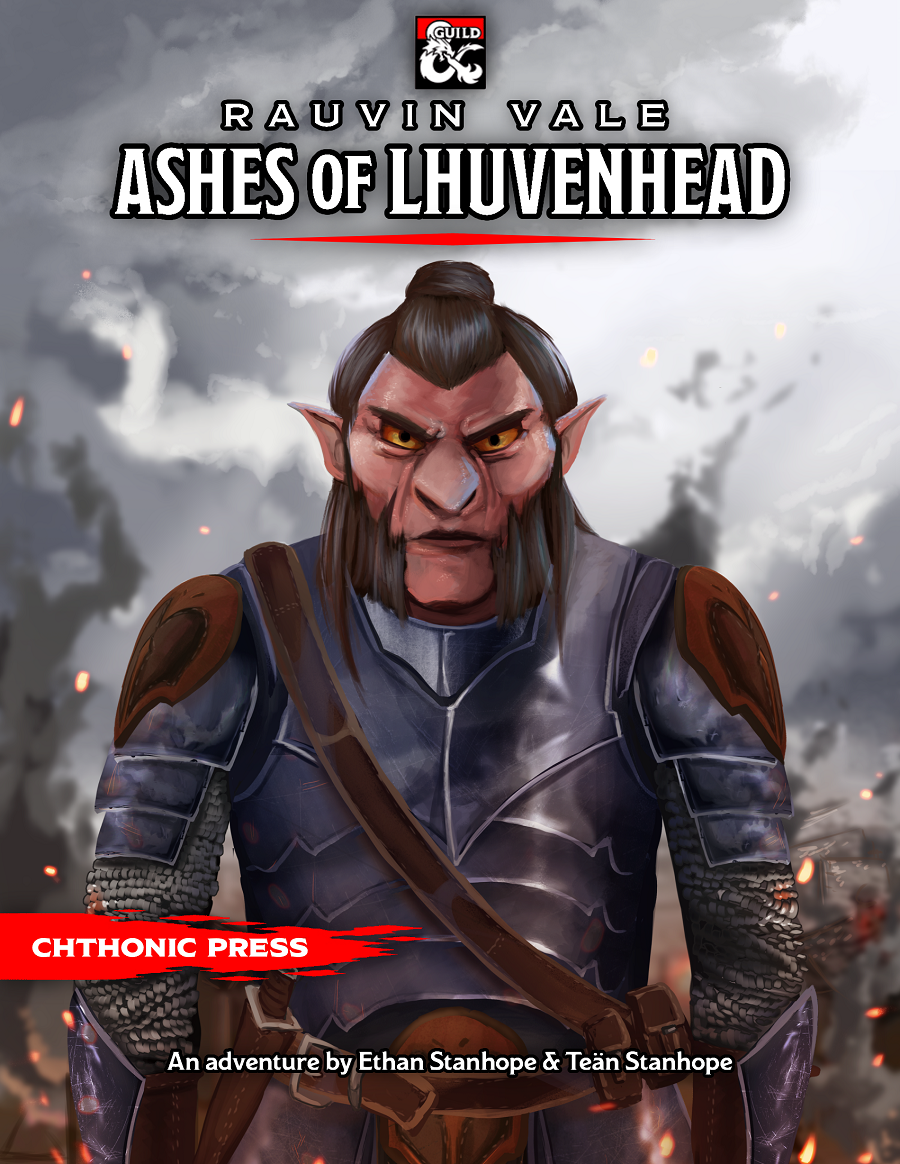 Rauvin Vale: Ashes of Lhuvenhead After a scout arrives at Hilltop and reports that hobgoblins have been spotted approaching the ruins ofLhuvenhead, the adventurers must travel to the destroyed town and dispatch the hobgoblin forces, working for the Blue Dragon Nahaunglaroth and the Blood of Morueme, before they can establish a base. A Forgotten Realms Adventure for 2nd Level Characters. Ever been on a long running campaign and in one of the sessions one or a few players couldn’t make it? This adventure was made to be used as sort of a filler episode to fix that. Made for a small party of 1st-4th lvl characters and to be played in a single session. Story summary - The Gold Knife Bandits, a gang formed by a former army squadron that deserted. They are remarkably loyal to each other and are known in the area for attacking army caravans and camps. However, after several months of unfortunate loots. They decided to house a cultist of Beshaba and do what he asks to take away the curse of misfortune the gang is obviously under. Unfortunately, that includes using some members of the party as a sacrifice. The party will find the bandits cavernous hideout, clear through it, face the cultist, the Bandit's old boss, or both! All in a day’s worth of adventuring. A far realms themed delve into a twisted dungeon complex, filled with unique hazards, creatures and items. This adventure is designed for 4 level 6 characters and should take one or two sessions. Player and GM maps included.

Synopsis: Chalk Hill is a lonely village on the edge of the Downs. Nearby barrows contain remains of long-dead kings. As is the local custom, a pair of young newlyweds went to the ancient standing stones for the druids to bless their union. They never came back. The heroes must find and return the couple, who have been taken into the grave of Eorl Wulfstan. The undead Eorl saw the new-wife in a dream, and she is the spit of his long-lost beloved, so he had his servants bring her to him. They slew the young man, who rose as undead under the Eorl’s control. Can the heroes find the survivor and put the dead back to rest? A 4 to 6 hour adventure for 4 to 6 Tier 1 characters—optimized for 5 characters of 3rd level. This adventure came about thanks to the generosity and encouragement of Dyson Logos, cartographer of Waterdeep: Dragon Heist. In it you'll find maps never before seen in a Guild adventure! "Chalk Hill" is an Old School "out and down" dungeon crawl, where brave adventurers venture into the wilderness and pit themselves against horrors which would set a-quiver the flesh of honest folk. It's proof you can have an OSR experience using the 5e rules! A mission to find a rare recipe ingredient for a local wizard. The recipe to fashion that magic item calls for a few drops of fey blood. Hmmm...where in the world can that be found? The village of Silverwell lies at the foot of a mountain range in the icy north. Through most of its history it has enjoyed relative peace, save for its battles with the harsh elements. Recently however, a group of villagers were attacked by bandits while hunting in nearby Rothir’s Pass. The bandits left behind a grim message warning for none to follow. Frightened by the possibility of a larger attack on the village, the headman will happily reward any brave adventurers that can help. Unknown to the inhabitants of the remote village of Silverwell, this new terror pales in comparison to the troubles that have already begun to flood down from the distant Mount Neboria – troubles stemming from the dark wish of a dying dragon. This is an introductory adventure for a group of four or five 1st level characters, which should run for roughly 4 hours of gameplay (excluding preparation time), ending with a quest hook for groups that wish to continue into a full campaign. It includes extra tips and tricks both for new DMs and for interaction with new players. The small village of Jaromir seems beset by a powerful curse. For the past twelve days anyone who enters the forest is never seen again. There are now six missing all adults, five men and one woman without a trace. The mayor has offered 200 gp and three Dungeoneer’s packs to any who can find the source of the curse and free his town. Pgs. 15-19 The Ghost Tribe of Orcs have been driven from their home under Wyvern Tor by some terrible evil and have traveled to the top of the hill overlooking Phandalin where they camped last night. Their chief, driven mad by unknown horrors, prepares to attack the city and claim it as his new home. The heroes, who raced to the town ahead of the orc tribe, spend the night helping to prepare defenses and rest when they can. Can the heroes help defend the town or will the orcs wipe out the inhabitants of Phandalin? Once the town is safe, how will the PCs handle a moral dilemma? Orcs Invade Phandalin is the second of four parts in the After Lost Mine series. It will play out the invasion of Phandalin using the new mass combat rules from Unearthed Arcana. Part III will be the trip to the orc’s former cave settlement and then into the darkness beneath. Part IV will have the party deal with the terror from the Underdark that drove the orcs out. 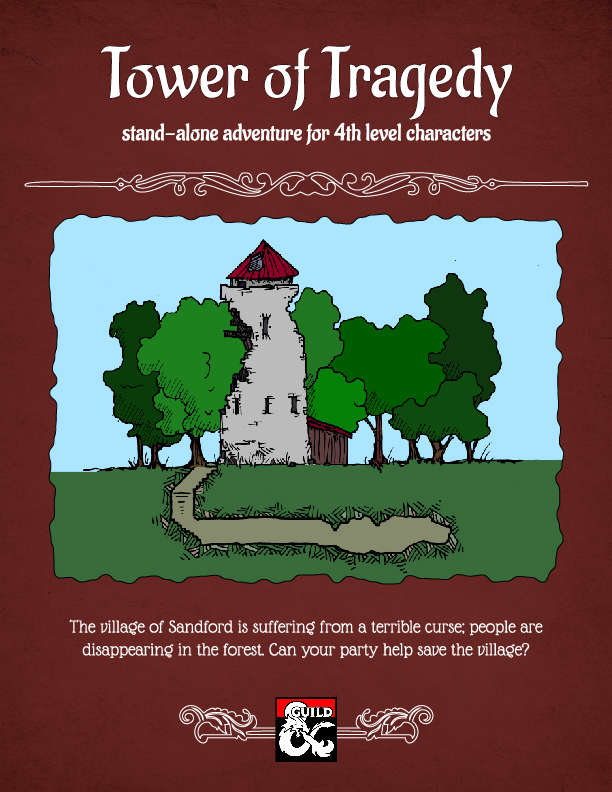 Life was quiet and simple in the village of Sandford before the curse; people reported hearing voices in the woods; others dreamt of a tower, white like bone. Then people started disappearing; seasoned loggers and trappers who knew the forest like a second home. Something is spreading its evil around Sandford; could it be that tower? And can your party help save the village? "Tower of Tragedy" is a stand-alone adventure designed for 4th level characters, that involves elements of forest exploration and a short dungeon crawl. "Tower of Tragedy" promises a compelling story, interesting mechanics, and engaging battles. Includes full description for the Village of Sandford, the adventure, a new monster, and two new magical items. 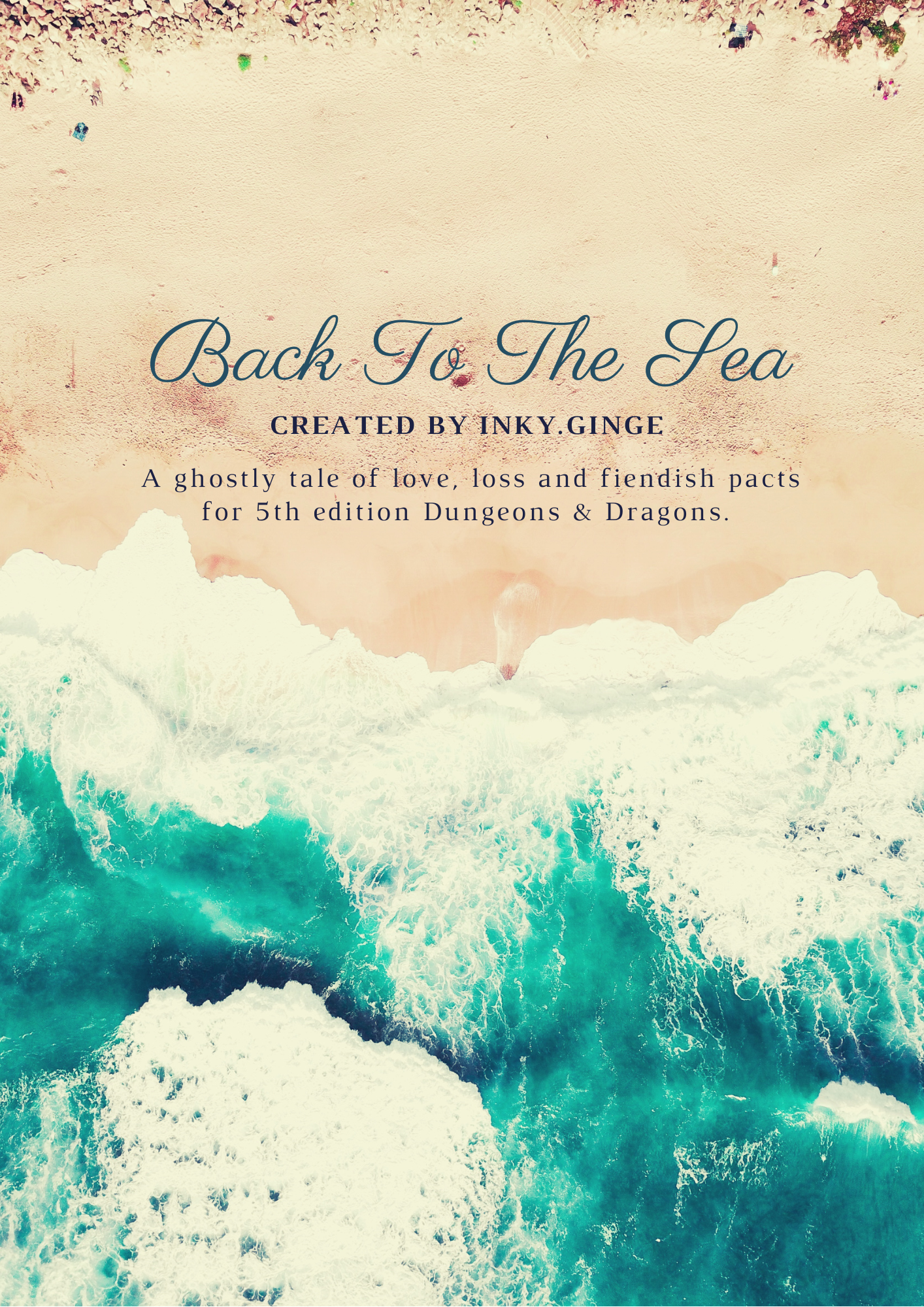